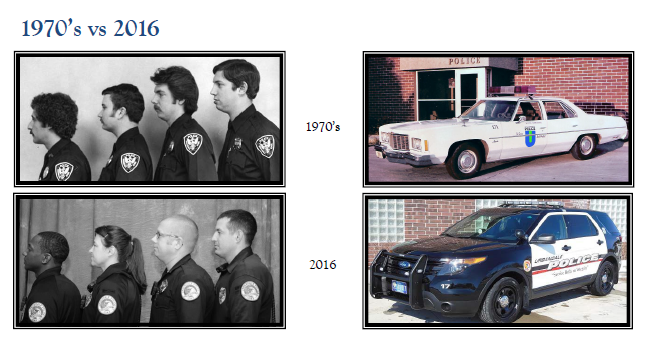 Meeting the community's public safety needs from the police station located on the southeast side of Urbandale had become increasingly difficult. In the fall of 1980 approval was given to construct a new police facility. This decision marked the first time in Urbandale's history that the Police Department would operate from a structure specifically designed and built for police use. Urbandale Police moved into the new facility at 3740 86th Street in 1982. The personnel on the department included a police chief, sworn officers and civilian employees.

The Urbandale Police Department facility met the needs of the Police Department for several years, but by the end of the 20th century it was becoming very apparent that additional space was required to accommodate a growing force in a rapidly flourishing community.

In 2006 the first phase of expansion to the current facility began, with initial efforts being focused towards the patrol division. In 2007 ground was broken to nearly double the existing size of the police station, with this phase focusing on expansion of the Criminal Investigation Division and Records. The Criminal Investigation Division personnel moved into the new area in June 2008. The final phase has been completed, which involved updating the existing facility to better match the newly constructed area.

Just before you enter the Urbandale Police Station's front doors you will crossover a thin blue line. The "Thin Blue Line" is a phrase known worldwide to be associated with Police Officers. It is a line that symbolizes the final barrier standing between our law-abiding citizens and those that choose to disobey the laws. It represents those men and women that are willing to give their life for the peace and harmony of the community they serve.

If you see that this Thin Blue Line is disrupted it means that an Officer has fallen or is injured in the course of executing their sworn duty of service and protection to their community. When this disruption in the Thin Blue Line occurs, it is the finest of men and women that step up to complete it, helping to maintain order and provide continuous service to our citizens.