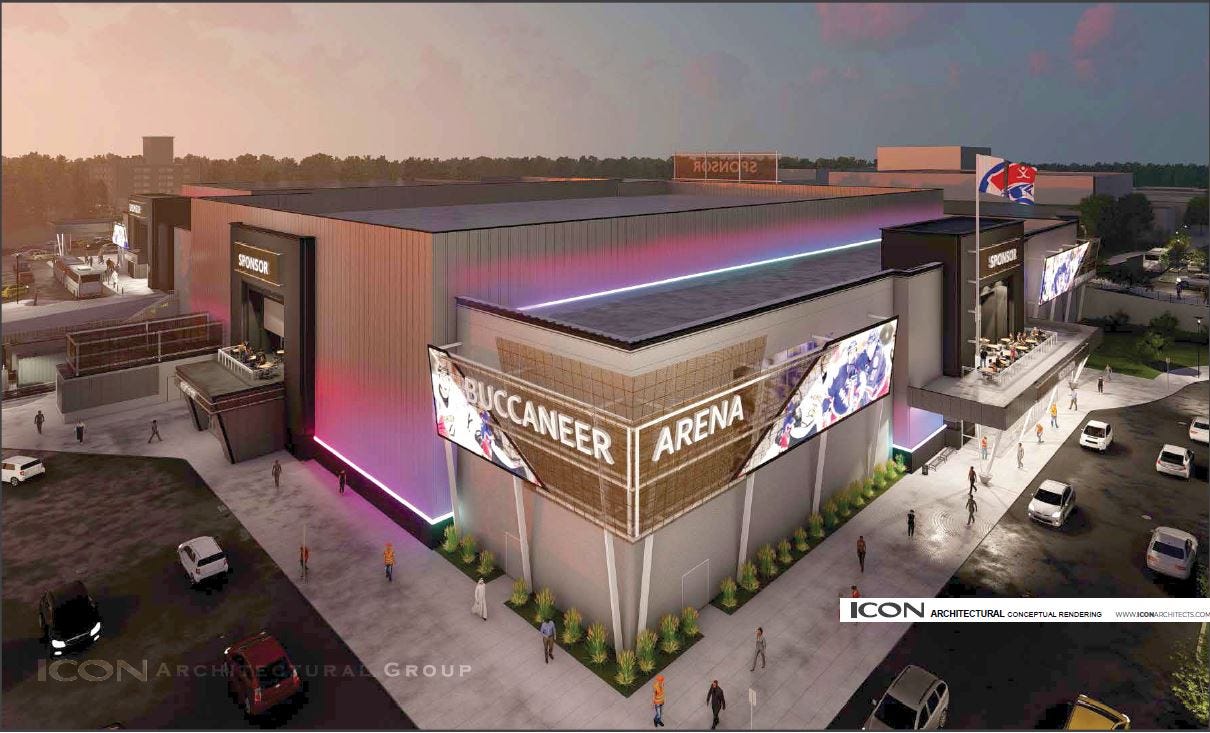 The 74.6 acre Merle Hay district will see over $138 million dollars in reinvestment. Several main additions and related projects outlined in this District Plan reposition the campus into a mixed-use sports, entertainment and shopping district, with opportunities to live right in the middle of it.

This project represents a major reinvestment by two long-standing community institutions in Merle Hay Mall (1959) and the Des Moines Buccaneers (1980). The team will remain and reinvest in Urbandale with the new arena development.

Conservative estimates place the potential increased sales and lodging tax collections from growth at Merle Hay at $235 million over the 20 year IRA period. Of that growth, $133 million could be rebated back to the project through the IRA program. We are requesting only a $26.5 million allocation.

The project’s private partners stand ready to implement the vision for the Merle Hay campus and all have been diligently advancing the planning, financing, and construction components to move quickly with an approved IRA allocation.

Merle Hay’s transformation would not be possible without the multijurisdictional partnership already implemented among Des Moines, Urbandale, and Polk County. The new Merle Hay will be the economic catalyst for eastern Urbandale and northwest Des Moines in job creation, neighborhood reinvestment, and community pride. The new Merle Hay will also provide yet another great cultural amenity to reinforce Iowa’s efforts to attract and retain a talented workforce to grow our economy. An overview of the project can be found here.

Additional Information on Each Phase of the Project